Following the launch of the Theddlethorpe GDF Working Group last week, a programme of events in the local community has been announced today.

The Working Group has been formed to start a conversation about whether Theddlethorpe could be the right place to build a Geological Disposal Facility (GDF), and whether a GDF would be right for the area.

A GDF is a nationally significant project to safely manage some of the UK’s radioactive waste. The former Theddlethorpe gas terminal is a specific area of initial focus and the potential for the underground facilities to be located in the deep rock layers beyond the coast but accessed from land will also be considered.

The walk-in meetings will enable local people to find out more, explore the issues, and begin to have their questions answered. The meetings start on Wednesday 27th October at Theddlethorpe Village Hall, with more taking place at a range of venues including Mablethorpe and other surrounding villages in the weeks ahead (see schedule below). 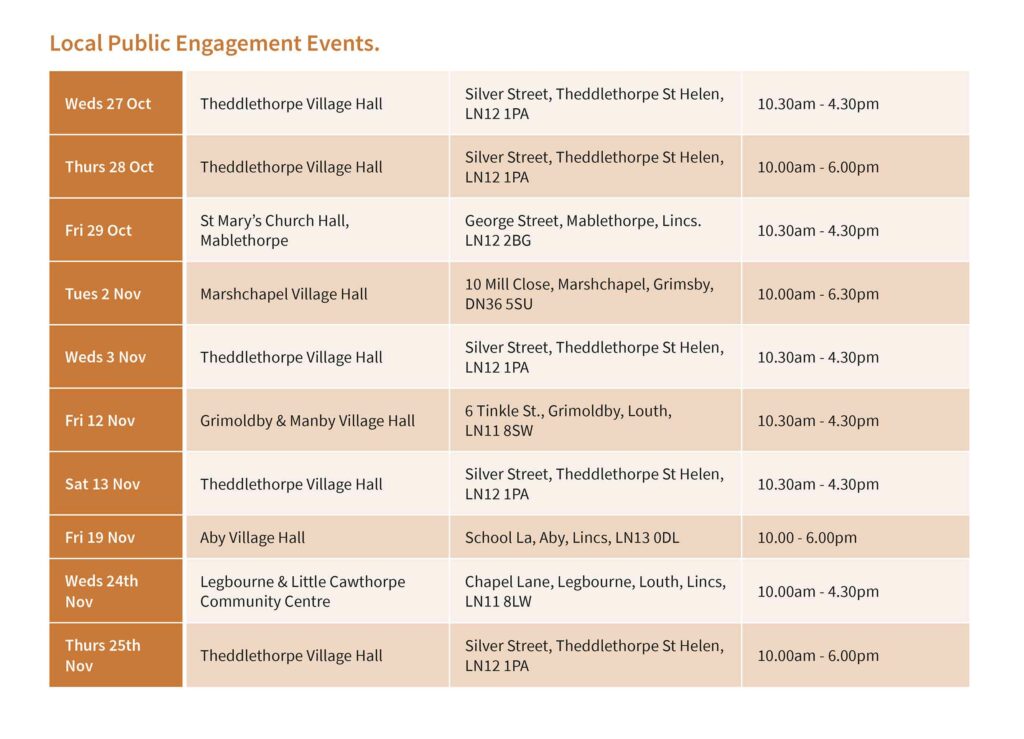 Jon Collins, independent Chair of the Theddlethorpe GDF Working Group, said: “Listening to the views of local people and providing accessible information is one of the key tasks of the newly formed Working Group. There has been plenty of debate around the topic for the past couple of months, and the significance of the formation of the Working Group last week, means we can get out there and formally start work.

“I understand that there is a lot of concern locally, but there’s also a lot of curiosity. That’s why it’s crucial that we start the conversation as soon as we can. This first step is about fact-finding and beginning engagement without commitment, so we encourage people to come along, tell us their concerns and find out more about the project”.

The Working Group has three main jobs to do. Firstly, it will start the conversation with local communities about what the GDF siting process involves. Secondly it will identify a Search Area, which will be the area within which RWM could subsequently undertake feasibility studies. The final task is to set up the longer-term partnership of local authorities, local organisations, community groups and RWM, called a Community Partnership.

The Working Group website has information about the GDF project, details of local engagement events and how to get in touch. Information leaflets will be sent to local households in the coming days.