As we begin 2022 the focus of the Working Group continues to be our on-going engagement with local people, continuing the conversations we’ve already had and responding to any subsequent questions.

While we haven’t had face to face events since November, we have continued to talk with people and correspond on a variety of topics, so thanks for the questions that have come in and we’ll endeavour to provide as much information as we can.

I’m pleased to be able to inform you that we have now confirmed our next round of local engagement events, which, after feedback from several previous attendees, will be running on Fridays and Saturdays in both Theddlethorpe and Mablethorpe. Details can be found later in this newsletter.

The Working Group has also been working on another of its key tasks, identifying what’s known as a ‘Search Area’. The Search Area would be the area around which a Community Partnership could be formed. The Community Partnership is the next step after the Working Group, and it will only be established if at least one of the two relevant principal local authorities (Lincolnshire County Council and East Lindsey District Council) agree to join.

A Search Area will be identified based on existing district electoral ward boundaries and will be the area within which further work, and engagement, could be carried out with a Community Partnership in considering potential sites for a GDF. You can read more about identifying a Search Area in this issue. We expect to be able to announce the proposed Search Area in the coming weeks.

In this issue we have continued to address some of your questions and concerns, so our ‘frequently asked questions’ have been updated.

As we plan for our next round of engagement events, it would be good to hear how local people would like to continue our discussions. Some people have a preference for individual private discussions, while the ‘drop-in’ type of event work for others. The Working Group is also be available to come along to talk with local groups and organisations, so if you think an introduction to the GDF project would be of interest, please do get in touch.

Thanks again for your interest in the project.

In recent months, the Working Group has been working to identify what’s known as a ‘Search Area.’ We expect to be ready to announce the Search Area next month, so Siting Manager, Kieran Somers, explains what work has been done so far, and what it means.

“The Search Area is the geographical area within which RWM (as the GDF developer) will look to find a potential site for a GDF. It’s also the area from which the Working Group will look for potential members to join a Community Partnership, should one be formed. 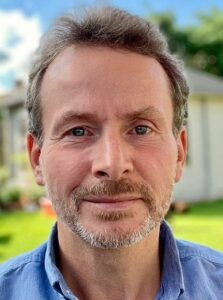 The Search Area has to be based on district electoral ward boundaries and it can be no smaller than a district council electoral ward. Construction of a GDF requires both a suitable site and a willing community. So, if a suitable site is eventually found in the area –a Test of Public Support (such as a poll or referendum that gives people a direct say) would be held with those living in the electoral wards affected. Without public support the project would not go ahead.

In considering which wards could be in the Search Area the Working Group have chosen to look at readily available information on things like local geology, environmental issues, transport, and safety that could help decide what would be a sensible area to start the work of a Community Partnership with. We also looked at community and socio-economic issues.  This is not a technical assessment of suitability though and much more work would have to be done by RWM, with a Community Partnership, in future to make informed judgements about safety, environmental impact and other factors.

Working Group Independent Chair Jon Collins, joined other members, and representatives from RWM, Lincolnshire County Council and East Lindsey District Council in a workshop to discuss the key aspects which would help them identify a Search Area for further consideration.

If a Community Partnership is formed, the electoral ward or wards in the Search Area will receive Community Investment Funding of £1m per year to spend on local projects, increasing to £2.5m if boreholes are drilled to further understand the geology.

It’s also important to point out that a Community Partnership could change the Search Area in future as proposals develop in more detail, for example, if new infrastructure like roads or a rail link were needed.

RWM is conducting a high-level technical validation of the proposed Search Area, to review whether this alters the initial assessment already carried out in its ‘Initial Evaluation Report’ and if the Working Group agrees, we plan to announce the Search Area in the coming weeks.

Next round of local engagement events confirmed

“Following the events we held in October and November, we’re pleased to announce the next round of local engagement events. The format will be as before, with the ability for members of the public to book a slot to visit, with the option of booking a private meeting with the Working Group team. We can tailor these individual meetings around particular topics, if you prefer, so please contact us and let us know what you’d like to talk about. 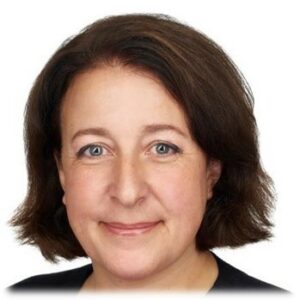 Following these events, and if the Working Group progresses to form a Community Partnership, we will continue to have engagement events and meetings with local people. If you are part of a local community group or have ideas about how meetings could be organised in future, please get in touch.”

Since the Working Group was formed, and following our first round of face-to-face events, we have continued to hear a range of questions and concerns. There have also been several topics where people have made statements which are incorrect. We would like to address these and present the facts. You can also find a larger selection of questions and answers on this website, which will be updated regularly.

If a jetty or harbour is needed to be built to bring in radioactive waste by ship, would it mean we couldn’t access the beach?

We are currently at a very early stage of site evaluation and one of our priorities will be to undertake more detailed studies and investigations in relation to transport options for getting construction materials to site, getting the construction and operational workforces to and from site and ultimately transporting nuclear waste packages to the site. At this stage however, we do not envisage any options that would prevent access to the beach.

What happens to the spoil that would come from construction and excavation?

There would be some used for bunds to landscape the perimeter of the GDF site, to reduce visual, noise and light impacts.  Also, some of the material would be used to ‘backfill’ the GDF after the waste is emplaced.

Other potential beneficial uses would be considered, such as for flood defences, other construction projects, or moving it away from the area.

What security would be needed on the site? Would the Civil Nuclear Constabulary police need to be present?

The UK Nuclear industry is subject to one of the most stringent regulatory regimes in the world. Any organisations responsible for the transport, storage and disposal of nuclear or radioactive material have to satisfy the Office of Nuclear Regulation (ONR) that the site is secure. This is needed to meet the standards required to be issued a Nuclear Site Licence.

The GDF, wherever it is eventually built, will be subject to the same stringent requirements whilst it is designed, constructed, operated, and subsequently closed. This will ensure that the highest of security standards will be maintained at the GDF site throughout its entire lifecycle.

In order to protect the most radioactive materials, there will be a requirement for the Civil Nuclear Constabulary, including authorised firearms officers, to be present at the site.