This Search Area covers the wards of Withern & Theddlethorpe, and Mablethorpe, with the gas terminal site in Theddlethorpe remaining the focus for the potential surface site of the GDF. The deep geology under the inshore area (beyond the coast) will also be considered for the underground part of the GDF.

We looked at information on local geology, environmental issues, transport, and safety and we also listened to the views expressed locally at the events undertaken last year.

As a Working Group we have three tasks in our role within the GDF programme and so far we have progressed through two of them. Firstly, we have provided information and started the conversation, to enable us to understand the issues and concerns people have and answer questions about the GDF.

In addition to this we have identified a Search Area which provides the area for further explorative work and from which the Community Partnership members will be taken from. Moving forward, our final piece of work as a group is to recruit the initial members and form a Community Partnership, ensuring that it will be reflective of the local community.

The Community Partnership will continue the work we have started and at this point the area can benefit from £1m per year in Community Investment Funding for projects, schemes and initiatives that will improve the local area.

I will be writing to people living in the Search Area in the next few weeks to provide them directly with information and details of what the recent announcement means and how they can find out more. At this stage I want to highlight how important it is for people to be involved, and I encourage people to join us in the conversation about the GDF, and I look forward to meeting them at the upcoming events. 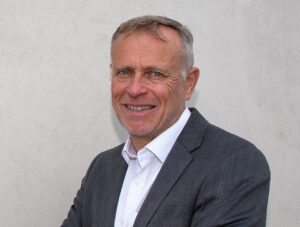 The announcing of the Search Area does not mean that the decision has been made on whether a GDF will be built in this area. This is only the beginning of a conversation over many years about what’s right for the area, and next month we will be running more local events where you can find out more information and talk to us.

Our programme of events will run throughout March and into early April, so please come along to an event near you and find out about the GDF programme, and what the Search Area means for the local area.

Events that were planned to take place in January, to introduce the GDF to the local community were unfortunately not able to take place due to COVID restrictions. These have now been added to the event programme to make sure that all those interested in having a local event and finding out more, are able to do so. 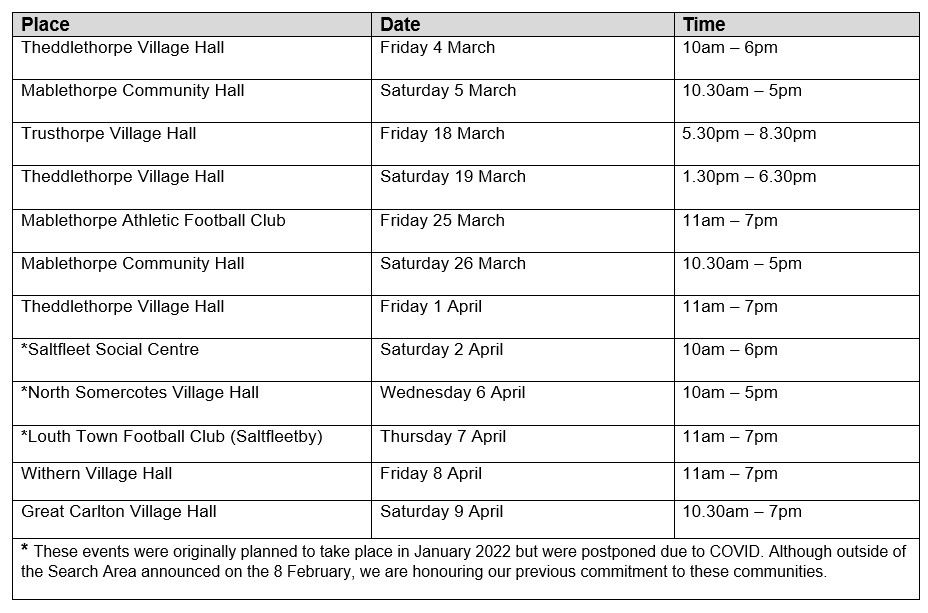 With the Search Area being identified we understand that this will mean that people living in the wards covered by this area will have questions and concerns and we have tried to cover some of these potential issues in the following questions and answers.

If you have a question that isn’t covered then please come along to an event near you and we will be happy to hear your thoughts and discuss this further with you.

What is a Search Area?

The Search Area is the geographical area within which the GDF developer will look to find a potential site. The Search Area has to be based on district electoral ward boundaries and it can be no smaller than a district council electoral ward.
It’s the area from which the GDF Working Group will look for potential members to join a Community Partnership, should one be formed.

The deep geology under the inshore area (beyond the coast) will also be considered for the underground part of the GDF.

How big is the Search Area?

It covers the two East Lindsey District Council electoral wards of Withern & Theddlethorpe, and Mablethorpe. That’s an area of around 110 square kilometres, with a population of over 9,000.

The former gas terminal site in Theddlethorpe remains a key focus area for the GDF surface facilities and the deep geology under the inshore area (beyond the coast) will considered for the underground part of the GDF.

Why has the Mablethorpe ward been included?

Although the Working Group’s initial area of interest remains the former gas terminal site in Theddlethorpe, the ward of Mablethorpe has been included because it is so close to the boundary of the gas terminal site and the potential to locate some facilities, such as offices or training facilities at other locations, including Mablethorpe.

Can the Search Area be changed?

Yes – a future Community Partnership could change the Search Area as proposals develop in more detail. For example, if new infrastructure like roads or a rail link were needed.

Will the people living in these wards be the ones to decide whether or not a GDF is built? (Test of Public Support)

Eventually, the Search Area will be narrowed down until the Community Partnership identifies a specific site and the community which will be directly affected by the facility being on that site.  This will be the “Potential Host Community” (PHC).  The PHC will also be defined using electoral ward boundaries and it is the people living within this area that will be involved in the final Test of Public Support.

Who will benefit from the community investment funding?

Minutes of all Theddlethorpe GDF Working Group meetings can be found on the Resources page of our website under Meeting Minutes.